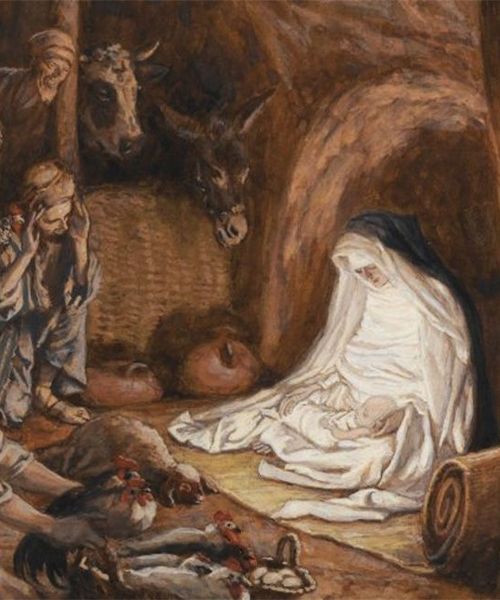 There is no doubt, as we learned in our previous article , that the Bible describes Mary as a great woman. God chose her to bring Jesus into our world. But the Scripture is silent regarding the when, what, how, and where of her birth. We do know that she was from the royal line of King David, yet the song of Mary affirms that she was like every other human, one in need of a Savior: 'My soul magnifies the Lord, and my spirit has rejoiced in God my Savior' (Luke 1:46, 47).

The Bible is also silent on how Mary was conceived, nor does it speak of her being a virgin her entire life. We also learned that she couldn't be, strictly speaking, 'the mother of God' because Jesus was her creator and existed before she was born. (See John 1:1–3.) And while Mary was addressed by Gabriel as 'highly favored' (Luke 1:28), this does not prove that she was a dispenser of grace. Even in the last reference to her in Scripture, in Acts 1:14, where she is with the apostles on the day of Pentecost, she is simply one among the believers, not holding any significant position.

There is also no record in the Bible of Mary's death, which is not surprising since there is no record of the death of any of the apostles or many other heroes in Scripture. The Bible does not speak of Mary ascending to heaven after her death, nor does it say anything about her body not seeing corruption. There are many things about Mary in which the Scriptures are silent.

A Biblical Portrait of Jesus

In order to provide a foundation for understanding the lengths to which Mary has been elevated by some churches, let's first review some of the primary qualities about Jesus found in the Scriptures.

We see in the Bible that Jesus holds a unique and divine role as a member of the Godhead. But there are those who teach and believe otherwise. You may not be aware that the Roman Catholic Church attributes all of these attributes of Jesus to Mary as well. And if this is true—as we'll consider through the writings of a prominent Catholic doctor—then we need to ask if it is right that Mary should overshadow Jesus and take away the glory that belongs to Him alone.

We want to clarify that there are, of course, many good and faithful Christians within the Catholic denomination. This article in no way intends to attack individual Catholics. Rather, our study focuses on the beliefs and teachings of the Roman church. 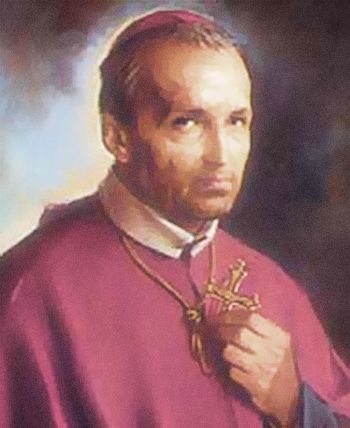 Let's now look at several statements made by Saint Alphonsus de Liguori, a famous author of the Roman Catholic Church. This prestigious church leader lived in the seventeenth century, wrote and published 22 books, and was later canonized as a saint in 1839 by Pope Gregory XIV.

He has been called a doctor of the church—a title that holds great meaning for this denomination. The Roman Catholic Church has 36 doctors in its almost two-thousand-year history. These individuals are considered the most authoritative writers in the Roman church. One of the books he wrote is called The Glories of Mary, a volume that we'll quote from extensively in this study.

The works of Liguori are more than just the opinion of a member of the Catholic Church. The Glories of Mary is considered a collection of the best writings of the early church fathers, of the doctors, and of the saints of the church on Mary. It is a compendium of Catholic wisdom about Mary from the early church.

Liguori provides us with the reason for his work.

'I endeavored to collect, from as many authors as I could lay my hands, on the choicest passages, extracted from Fathers and theologians, and those which seem to me to be the most to the point, and have put them together in this book, in order that the devout may with little trouble and expense be able to inflame themselves with the love of Mary, and more particularly to furnish the priests with matter for their sermons, wherewith to excite others to devotion towards this divine Mother.' —The Glories of Mary, p. 29, 30

The edition of The Glories of Mary used in this article was published in 1931 by the Redemptorist Fathers. It has the imprimatur of Cardinal Patrick Hayes from April 16, 1931. The imprimatur means that this book is officially condoned by the Catholic Church to be read by the faithful.

Most of Liguori's quotations are from the apocryphal books of Ecclesiasticus (Wisdom of Sirach) and Wisdom of Solomon—books considered inspired by the Catholic Church and the Orthodox Church. In his book, he uses very few quotations from Scripture. The places that he does quote Scripture are mainly from Song of Solomon and Proverbs. Texts that apply to the church, he assigns to Mary.

Liguori's book often takes biblical texts out of their context. For example, he states on page 101, 'If Mary is for us, who shall be against us?' That's a quotation from Romans 8:31 about Jesus. Another example, 'Mary was prefigured by the dove which returned to Noah in the ark with an olive branch in its beak, as a pledge of the peace which God granted to men' (p. 202). Where in the Bible are we told that that the dove represents Mary? It's simply a human opinion.

After Liguori died, his grave was opened in Nussera. Three fingers were cut off his writing hand and were sent to Rome by the wish of Pope Pius XII, who stated, 'Let those three fingers that have written so well for the honor of God of the Blessed Virgin and of religion be carefully preserved and sent to Rome.'

You will discover everything that the Bible attributes to Jesus, Liguori's book, The Glories of Mary, attributes to Mary. The following is just a partial list of examples.

Let's compare some of Liguori's claims about Mary with the Bible. 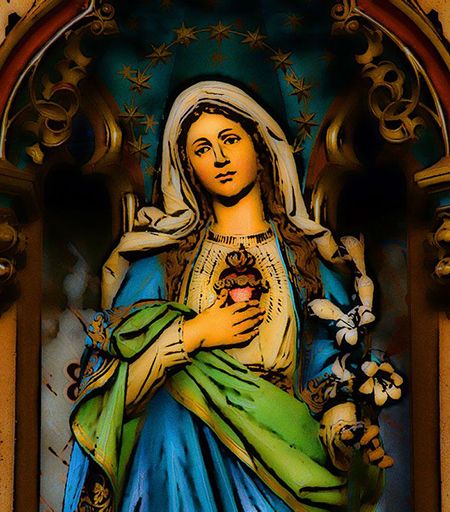 The Bible unquestionably attributes all glory to Jesus. Numerous references exalt Christ as the One who alone should receive glory. 'You are worthy, O Lord, to receive glory and honor and power; for You created all things, and by Your will they exist and were created' (Revelation 4:11). 'Worthy is the Lamb who was slain to receive power and riches and wisdom, and strength and honor and glory and blessing!' (Revelation 5:12).

Still, we find a false teaching in The Glories of Mary that exalts Mary to a position as a rival of Christ, replacing the role of Jesus. The book steals the glories of the Lord and gives them to a created being. This could only be done if we make Mary divine—which is exactly what is being taught, as we'll see.

*This series of articles is based on messages by Pastor Stephen Bohr.
To find additional information on his ministry, please visit www.secretsunsealed.org.
To purchase his full series on Mary, please click here.